WHAT IS THE HEART WALL?

HEARTBREAK IS REAL, AND WE MAY HAVE THE SOLUTION FOR YOU

Learn what creates “the walls around your heart,” and how to break through them.

WHAT IS THE HEART-WALL?

This video is number six of an eight-part series from Discover Healing, introducing new readers to energy healing using The Emotion Code and The Body Code – two super powerful yet extremely simple tools that may help you to locate and release Trapped Emotions and other energy imbalances throughout the body. These tools could help you feel better emotionally and physically — all on your own.

If you have questions about the things you’re learning in these videos, you can chat with a certified Emotion Code or Body Code practitioner today with our live chat feature.

One of the most powerful concepts of The Emotion Code has to do with the heart.

Ancient people believed that the heart was the seat of the soul, the source of love and creativity, and the core of our being. Now, modern technology is actually revealing to us that these ancient people were onto something.

We now know that the heart is the most powerful emitter of magnetic energy in the body. In fact, the heart creates a magnetic field that extends from the body up to 12 feet in diameter according to the measurements made with magnetocardiography.

It’s also been proven in a laboratory that your heartbeat becomes instantly measurable in the brainwaves of another person when you are focusing love and affection on them. That’s an invisible kind of communication going on between us that we had never been aware of before.

Scientists on the cutting edge of these new technologies believe that the heart can be considered as a second brain.

Have you ever felt so grief stricken or hurt that you didn’t think you could stand it, or like your heart would break? Maybe you felt like an elephant was sitting on your chest, or that you couldn’t breathe. If this happens to you even once or twice, Dr. Nelson believes your subconscious mind might put up a “wall” of energy around your heart, a protective force field of sorts, made with the energy of your Trapped Emotions.

We believe this Heart-Wall can interfere with your ability to give or receive love, connect with others, feel positive emotions, or use your creativity. And according to what we’ve found, you probably have a Heart-Wall, because most people we’ve worked with do. 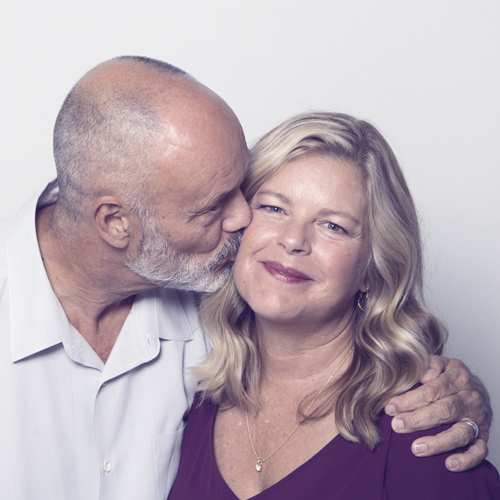 The Story of How We Discovered the Heart-Wall

Dr. Nelson’s wife was born into a very volatile home. Her father was often flying into a rage about something, and as a result, no one felt safe. Through their sessions, Dr. Brad and his wife Jean surmised that by the time Dr. Nelson’s wife was two years old, her subconscious mind had created a Heart-Wall, or a wall of energy around her heart for protection.

This Heart-Wall did its job, but because of it, it was more difficult for her to give and receive love. She always felt isolated, even with friends that she had known for many years. She never quite felt like she really belonged. It was difficult for her to feel positive emotions but easy for her to feel negative emotions. She dealt with sadness, anxiousness, and other negative feelings that she couldn’t seem to shake.

Dr. Nelson released each layer of emotion from her Heart-Wall, one at a time. When the whole thing was gone, she finally began to feel like she belonged – for the first time in her life. It became much easier for her to feel positive emotions, and her sad and anxious feelings disappeared.

At first, Dr. Nelson thought this phenomenon might be unique to his wife – but he learned that wasn’t the case. Since then, he has found a Heart-Wall in the vast majority of people he has worked with. At Discover Healing, we have seen profound changes in people’s lives once their Heart-Wall has been dismantled.

There May Also Be Physical Symptoms Associated With the Heart-Wall

From what we have seen, the physical effects that may be associated with the Heart-Wall can include things like discomfort in the shoulders and upper back, or heaviness in the chest. Dr. Nelson believes this is due to the Heart-Wall distorting the energy field of the upper body, interfering with the circulation of blood and lymph, as well as the flow of energy.

Have you been diagnosed with a disease?

Is your immune system suffering?

Are you having trouble with relationships or abundance?

Do you feel isolated, anxious or sad?

Then it’s possible that a Heart-Wall could be one potential underlying cause.

Dr. Nelson believes that one of the most important things you can do to improve your health, happiness, and longevity is to remove your Trapped Emotions and your Heart-Wall.

It is our hope that you will stop looking outward for the solutions for your problems, and try looking within to find and release Trapped Emotions, Heart-Walls and other imbalances.

Now that you’ve been introduced to The Emotion Code and the Heart-Wall, let’s delve a little deeper into what else could be imbalancing your body and mind, and how you may start to find balance by using The Body Code.

The next video – The Body Code – helps you to understand what Discover Healing tools are available beyond our emotional health. The Body Code helps users to navigate mineral deficiencies, toxins, and other physical imbalances in the body so you can work on restoring better health and happiness.

“I completely removed my Heart-Wall™ during my Emotion Code® Certification, and the removal has been an incredibly empowering experience. I feel lighter, and am less triggered by events happening around me. When an uncomfortable emotion appears, I’m easily able to recognize what I’m feeling and why, and am able to process and move through the emotion. Challenges have come to the surface within my relationships so that they can be addressed, rather than having resentment and anger festering. I’ve noticed significant improvements in my relationship with my partner and our communication is more effective and less challenging.” 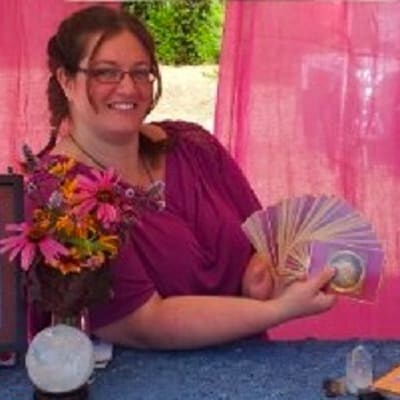 CHAT WITH A CERTIFIED PRACTITIONER