THE REST OF THE PICTURE – THE BODY CODE

Join us on our mission to give you back the energy healing birthright that belongs to every single one of us.

THE REST OF THE PICTURE – THE BODY CODE

This video is number seven of an eight-part series from Discover Healing, introducing new readers to energy healing using The Emotion Code and The Body Code – two super powerful yet extremely simple tools that may help you to locate and release Trapped Emotions and other energy imbalances throughout the body. These tools could help you feel better emotionally and physically — all on your own.

If you have questions about the things you’re learning in these videos, you can chat with a certified Emotion Code or Body Code practitioner today with our live chat feature.

THE WORLD OF DISCOVER HEALING

While working in his chiropractic clinic, Dr. Nelson noticed that his patients’ problems seemed to increase in complexity as his ability to help them increased. During his last 10 years in his practice, Dr. Nelson specialized in working with people suffering from conditions that were considered mysterious by western medicine. Dr. Nelson consistently told these patiences that he doesn’t treat diseases, and he doesn’t claim to cure them. He believed, and still believes, that the patient’s symptoms were due to imbalances in their body. If he could find those imbalances and release them, maybe the patient’s symptoms would go away – and go away they did!

During those years, Dr. Nelson saw patients from the US, Canada, and elsewhere with difficult problems. He was able to help the vast majority of them feel better – and often quite rapidly. Somewhere along the line, Dr. Nelson developed this very powerful feeling that people could do a lot to help themselves, and it gave him the urge to empower people.

Dr. Nelson began teaching seminars in 1998. He taught as many people as he could around the US and Canada for many years. Dr. Nelson would spend 60 hours a week at his practice, and then fly off on weekends to teach seminars. Both he and his family were getting tired of such a full schedule.

Dr. Nelson turned his clinic over to someone else in 2002, so he could focus on writing The Emotion Code book. It had become clear to him that the energy healing methods he had developed were not just for his patients and himself, but for everyone. After The Emotion Code was published, Dr. Nelson put all of his efforts into sharing it with the world.

At that point, Dr. Nelson still had a lot more information to share about how the body can become imbalanced and how to resolve it. Eventually, Dr. Nelson planned to teach this massive amount of material to others, first focusing on teaching other doctors, and later realizing that he would be able to teach this material to everyone willing to learn.

One early morning in August of 2008, Dr. Nelson woke up feeling divinely inspired to take all the information he had learned about energy healing and put it into a self-study course that anyone could learn, and make it available to everyone, everywhere. He had no question about what he needed to do. So he spent the next year putting everything he knew into a simplified program which we now know as The Body Code – a mind mapping system. It helps you find out what could be going on in your body through a simple point-and-click process of elimination.

The Secret Behind The Body Code

Dr. Nelson believes the subconscious mind already holds all of the answers we need to help ourselves function at our absolute peak. The Body Code combines the proven techniques of muscle testing with ancient healing wisdom and modern technology, to help us unlock those answers usually hidden away in the subconscious mind. Best of all, The Body Code makes the process simple enough that anyone can practice holistic energy healing, and empower the body’s natural recovery process to happen.

The Body Code contains everything that Dr. Nelson has learned about energy healing over the last three decades of helping people with all kinds of issues. It’s a self-study course and patented software, and we believe it’s the most powerful, most efficient method of energy healing the world has ever known. It’s simple enough that children can use it; yet, it has changed the practices of health care professionals and energy healers all over the world.

Learn More About The Body Code

Will The Body Code Change Your World?

We truly hope so. Whether you have energy healing experience or not, The Body Code is designed to unlock your natural abilities to help not only yourself, but others too.

If you want to find out what the next step is for you, proceed to our final video in this educational series – The World of Discover Healing – where Dr. Nelson will discuss the different ways you can learn more about energy healing.

“A referral came to me, a man who suffered with severe back discomfort and who had been awaiting surgery for many months. His lumbar spine was deteriorating badly. In our first Body Code™ session, we worked on releases and corrections in each one of his lumbar vertebrae. In the second session, we both set an intention to work beyond the medications he was currently taking. He did a liver cleanse and stopped eating gluten. He also was able to decrease the amount of medication he was taking since he found he wasn’t needing much. Now he is walking daily, on no medications, and for the most part is free of discomfort. We continue to work on inflammation energy and releasing trapped emotions as needed. One of many miracles!!” 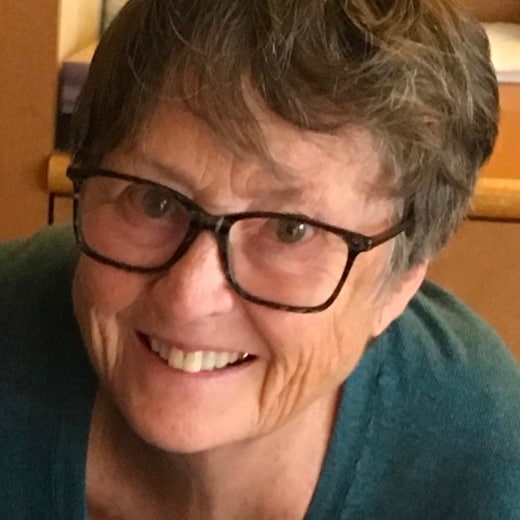 CHAT WITH A CERTIFIED PRACTITIONER

THE WORLD OF DISCOVER HEALING