As a Body Code practitioner, I routinely identify and energetically release toxins which can create imbalances in my clients’ health. Considering that most of us spend hours every day on our phones and computers, it’s no surprise that a common toxin called EMF, also known as Cellular Radiation, is entering the body and brain. The effects of cell phone radiation and the severity of the health threat this poses is a matter of controversy that is far from settled. Regardless of whether or not a definitive conclusion is ever reached, it makes sense to reduce your toxin exposure while enjoying the benefits of our modern technology.

EMF Side Effects from Cell Phones

Here are some suggestions that you can easily put into practice to reduce your exposure to radiation caused by cell phones and other electronics: 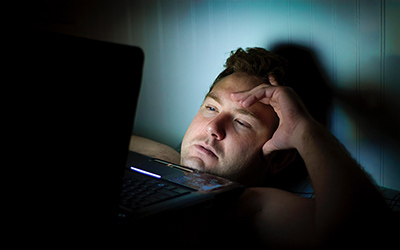 The key takeaway is this: be conscious of keeping distance between your body and your devices. Limit the amount of time that you spend using cell phones, computers, and Bluetooth headsets to reduce EMF radiation exposure.

Toxicity is one of the six areas of imbalances that can occur in the mind and body, which are the underlying causes of all diseases according to The Body Code. It’s important for you to be able to identify and release these imbalances in the body in order to restore balance and good health. The Body Code practitioners are able to quickly and painlessly remove these energies and restore balance and energetic harmony to the body.

This article was written by The Body Code and The Emotion Code practitioner, Holly Buynovsky. Contact her through her website or by email at quantumbalancehealing@aol.com.